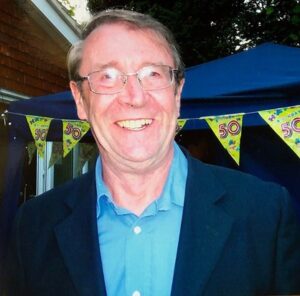 It is with great sadness that we announce the death of Brian Pitkin who died peacefully on Tuesday 31st August 2021 after a short illness. Brian had been ill for some time and was taken into hospital on Tuesday morning as an emergency admission. Linda was at his side when he died and said “he had a gentle and peaceful death, with no apparent distress”.

Brian was widely known throughout the underwater photography community. As a member of Photosub he and Linda went on dive trips across the world accompanied by many of our members.

Brian was a former BSoUP Chair, created the first BSoUP website, was webmaster for many years and also BSoUP President until his death. He was awarded honorary Life Membership many years ago.

Brian always made new members feel welcome and was often one of the first club members to speak to new joiners. Brian had definite opinions on what he liked and did not like and took the view “Would I want that hanging on my wall?”. He would provide encouragement and advice to both new and experienced photographers. He will be missed by all who knew him.

Our sincere condolences to Linda and all of Brian’s family. 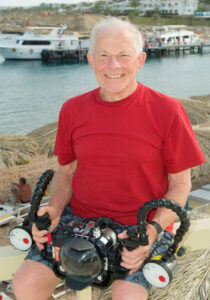 It is with great sadness that we announce the death of Ken Sullivan who died peacefully on Monday 23rd August 2021 after a short illness.

Ken was a friend to so many club members and frequently organised dive trips attended by many within Photosub. He was a wonderful photographer, always keen to help and advise new and experienced photographers alike. He was also a skilled engineer designing and making equipment long before it was available on the retail market. Many of us will have asked him for help in producing and repairing our kit over the years.

Our condolences and thoughts are with his friends and family at this time.