Approximately 20 club members attended the 2017 Photosub Club BBQ which was hosted by Godfrey and Judith Bevan at their home in Battle, East Sussex. A warm sunny evening allowed members and guests to relax and enjoy the surroundings of the Bevan’s lovely garden. In addition Les Kemp and his wife Diane were invited as they now live in Battle. Some members will remember Les from the early Cranleigh Club days.

Following the success of recent years, images were eligible from any time in July and could be taken anywhere in the UK or Ireland. This allowed for more members to participate and help get around the usual issue of the British weather preventing diving. There were 21 images submitted by 8 members.

In keeping with tradition we were joined by Rick Moye and his girlfriend Jayne. Rick is a local professional photographer specialising in landscape photgraphy. Rick judged the images in advance and provided his picks prior to the meeting so that a final results presentation could be prepared. Rick was very impressed by the overall standard and particularly surprised at the colour in the images; his expectation had been of very dull images, so congratulations to all participants.

Following a welcome from Chairperson Bob Soames, the images were projected followed by results announced in reverse order, including a number of Commended and Highly Commended images. Rick provided narrative comments against his selections.

So to the results:

Congratulations to the winners and thanks all that participated. Images are below … 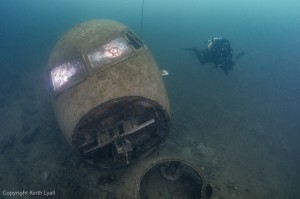 Taken at Vobster in Somerset, the nose section of the plane sits at about 14 metres. 2 off camera strobes were located just behind the windscreens of the cockpit. The shot was taken in essentially natural light with just enough power to trigger the off camera strobes. Channel mixer adjustments we made in Photoshop to remove the typical greenness associated with UK wide angle shots. 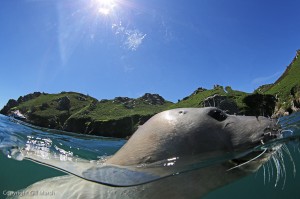 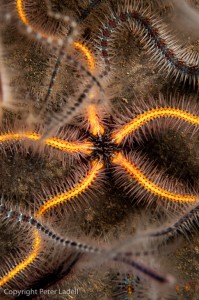 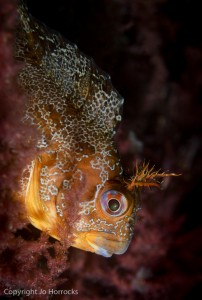 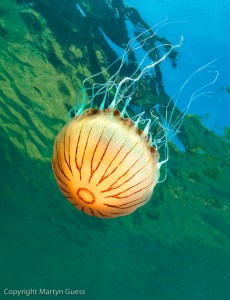 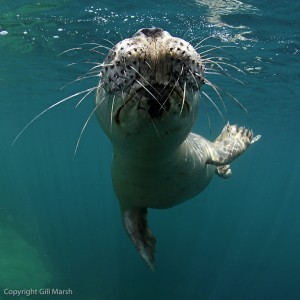 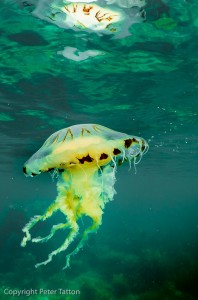