In early 1990 Len Deeley discussed with a few individuals the idea of forming an underwater photography club. Publicity was mainly word of mouth and sufficient interest was shown to get the club off the ground.

The intention was to form a club which complemented rather than replaced members own diving clubs and also, for those who were members, The British Society of Underwater Photographers (BSOUP).

The club was intended to be as informal and non-bureaucratic as possible with a strong emphasis on improving members photography, providing and participating in photographic competitions, and organizing diving trips tailored to photography. Also, the social side of the club was an important element, which was to be promoted by having regular meetings/social events in members houses.

A couple of meetings later, the club became official with a committee and a constitution and activities were planned for 1991. Since then we have not looked back, with a growing membership and very active program of events providing the main forum for most members diving.

The core activities for each year are :

In addition to the above, various members organize other dive trips both in UK and overseas, as well as supplementing other photographic expeditions. 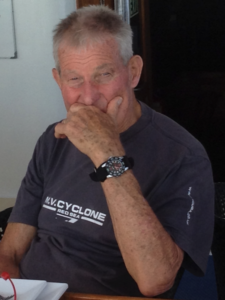 It is with great sadness that we announce the death of Mike Maloney who died peacefully on Thursday 24th March 2022 at Guys Hospital. Mike had been in hospital for a few weeks for ongoing treatment, with Jan being by his side for much of the time including sleeping overnight on a mattress in his room. His condition deteriorated over the last few weeks and Jan said that he passed peacefully on Thursday morning.

Our sincere condolences and thoughts go to Jan and her family.